May 22nd, 2016, Austin TX:  Our Spring Hockey season came to a fitting finale yesterday with our four team seven-a-side tournament at West Ridge Middle School.  A very muggy morning’s quiet was broken by the sound of our newly acquired Boom Box belting out “Tell me why, I don’t like Mondays” and “Girls just wanna have Fun” and indeed much fun was had by all.  It was the Green Team, led by Jenna, who took home the 1st place medals having gone four wins from four games, but they were pressed hard by the Red team, led by Andrew and coach Sarah, in a rousing final. 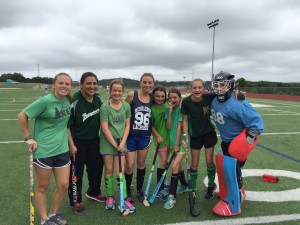 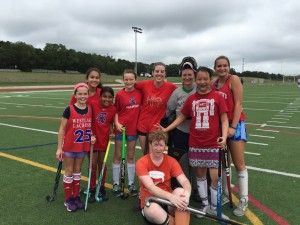 It was great to see kids who only took up the game this Spring actually competing in their first ever tournament.  We had players as young as seven (Vincent and Sophia) actively participating and some of the highlights included Storm’s victory runs after scoring a goal (wish we had caught that on camera!!),  Ruby taking the Shuttles tournament and the whole penalty stroke competition where Siofra ended up being the last man standing clinching victory from her little sister. 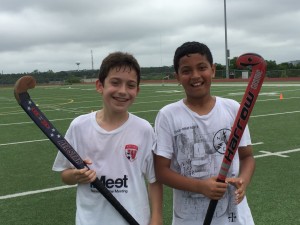 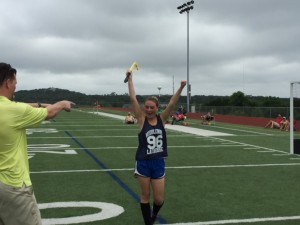 Despite the heat there was plenty of running, lots of laughing and even some demonstrations of the skills we have been teaching all season 🙂   Some of the passing moves were actually excellent and I think we can declare the event and our first ever Spring Season a big success!  A BIG thanks to our coaches and all our adult club members who participated.

Check out the rest of the photos HERE